We are here to help make your real estate transactions smooth and seamless.

Our lawyers and staff have decades of experience to work through all of the details in buying or selling a home or revenue property or refinancing.

We will prepare all the documents for you to sign and your lawyer will meet with you to explain and sign the documents, including mortgages, commitment documents and cost of borrowing disclosures. We will ensure correct registration of title and any necessary mortgage documentation and do everything it takes to make sure you are able to get the keys to your new property on time.

We will prepare all of the documents necessary to complete your sale. You will meet with your lawyer to sign the documents and send these documents to the buyer’s lawyer. We will receive the purchase money,  pay any realtor commissions and mortgages on your behalf and deliver your sales proceeds to you as soon as possible after closing.

We will help you with all areas of your refinance, including paying off your old mortgage and any debt reduction required by your new lender. 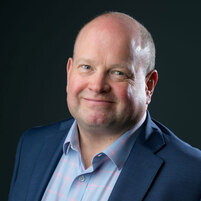 Jeff enjoys golf and volleyball when he can, and spends much of his spare time with his two dogs, Sammy and Mya, or volunteering with The Pack Project, a Regina-based dog rescue.

Jeff would be happy to help you with all of your real estate needs. 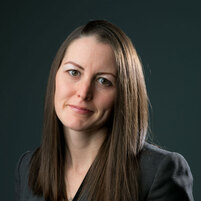 Dallas is an associate with Clarke Johnston Estabrooks & Miller.  She maintains a broad-based litigation practice, with a focus on civil and family matters.  She also handles wills & estates, real estate and criminal law matters.

Dallas obtained a Bachelor of Arts in Philosophy, minoring in Computer Science, from the University of Calgary in 2005. She then completed her Bachelor of Law at the University of Saskatchewan in 2008, and was called to the bar in Saskatchewan in 2009.  Dallas has worked at both large and small private firms, and just prior to joining Clarke Johnston Estabrooks & Miller in early 2020, spent seven years engaged in securities litigation at a treasury board crown corporation for the Province.

Dallas has represented clients before all levels of court in Saskatchewan, as well as at the Federal Court of Appeal.  She also has experience as an adjudicator, having served as a Hearing Officer on behalf of the Office of Residential Tenancies.