Saskatchewan is a No Fault province for auto insurance. No matter where you live, if you are injured in a motor vehicle accident in Saskatchewan, you are subject to Saskatchewan law for your benefits. The benefits are provided by Part VIII of the Automobile Accident Insurance Act.

Saskatchewan residents have the option of electing tort coverage when they select their form of coverage. This provides the person with the right to sue for compensation for losses suffered in a motor vehicle accident if they are not at fault for the accident.

Out of province residents injured in Saskatchewan are covered by the No Fault provisions. Special rules apply to residents from Alberta because of unique agreement between SGI and the Alberta government. Many people including law firm representing Alberta residents consult with or refer their clients to Ken Noble because of his knowledge and experience in this area.

In addition, there are special provisions that allow injured persons who have been injured by an "at fault" party who has been convicted of certain Criminal Code offences. Again, expert advice should be sought in these unique situations.

The rules and regulations related to a person’s entitlement to benefits are very complex. You will be dealing with an SGI Personal Injury Representative who will decide what benefits you are to receive. Often SGI’s decisions are communicated to you by "Decision Letters" which provide for appeals which must be filed within 90 days or SGI’s decision is considered final.

Since 1984, Kenneth W. Noble QC of Noble Johnston has represented injured people and acted as a consultant to many out of province law firms across Canada. Ken’s credentials are available for review by clicking here. Ken restricts his practice to death cases, serious or catastrophic injury, or economic loss cases.

We hope you don’t suffer injuries as a result of a motor vehicle accident, but if you do, we are here to help you.

In Saskatchewan, motor vehicle accident injuries and death benefits are governed and paid according to the Automobile Accident Insurance Act (referred to as the “AAIA”) and any applicable package policies. The AAIA is administered by Saskatchewan Government Insurance (referred to as “SGI”) who have a monopoly in Saskatchewan providing insurance coverage for damage to vehicles and benefits for injuries suffered as a result of the operation of a moving vehicle. However, a person’s entitlement to benefits often results in disputes as between the insurer and its insured. Below is a general description of the benefits which are payable under No Fault Insurance.

When amendments were introduced to the AAIA, effective January 1, 1995 the concept was that the right to sue at fault drivers for pain and suffering would be taken away from innocent persons who were injured and replaced by a system that would entitle all people injured in automobile accident to have access to rehabilitation benefits, regardless of fault. In 2016, anyone injured in a motor vehicle accident has coverage for rehabilitation benefits to the maximum amount of $6,719,606 for medical and rehabilitation costs. However, issues often arise as to what an injured person is entitled to for benefits. Anyone who is dissatisfied with SGI’s Decisions as to their entitlement is entitled to appeal the decision within a limited time.

The AAIA provides insurance to a maximum of $94,539.00 (gross) in 2016. However there are deductions in calculating the benefit a person may be entitled to, for example, there is a 7 day waiting period and a person is only entitled to 90% of net (after deduction for income tax, CPP, and EI).

Some IRB’s are calculated using the “Industrial Wage Average” which is currently $51,134. IRB’s are payable whether you are employed, a student, a seasonal employee, self- employed, a caregiver or whatever you situation. There is also provision for “substitute workers”. Problems however often arise as to what category the injured party may fall into as it relates to benefits. Again, the Decisions of the insurer are appealable within a limited period of 90 days.

If the injured party’s loss of income exceeds $94,539.00 gross, they are entitled to sue an “at fault” party for any deficiency pursuant to section 103 of the AAIA. This will require a lawsuit and the services of a lawyer. All such suits must be brought within 2 years of the accident.

If an injured party has a package policy with private insurers like SGI Canada or Wawanesa for example, these policies will provide for payment of the 10% deficiency in the income loss. In addition, the Family Protection provisions of such policies will cover many deficiencies in the at fault driver’s coverage such as a loss of income claim for sums in excess of maximum coverage. Speak to your insurer or your lawyer for details. Proposed amendments will affect the deductibility of Canada Pension Plan Disability Benefits and again, you should consult your legal counsel in this regard.

These benefits are intended to cover the cost of obtaining assistance with household responsibilities of the injured party. They pertain to the duties we do on a daily basis and are unable to do because of injuries suffered in a motor vehicle accident. They are payable based on an assessment by the insurer. They may be of a functional (maximum $847 per week) or cognitive nature ($425 per week). Again, what a person is entitled to according to the insurer’s discretion will be communicated by a “Decision Letter” and the injured party has 90 days to appeal such decisions to either the Automobile Injury Appeal Commission or the Court of Queen’s Bench. You should consult your lawyer before filing an appeal because once an appeal is filed, the venue cannot be changed.

Although there is no compensation for pain and suffering or loss of enjoyment of life, the AAIA does provide for the payment of compensation for permanent impairment. If the injuries are considered catastrophic the 2016 payment would be a maximum of $235,186. For “other permanent injuries” the maximum is $192,561.

However, these determinations are made by an SGI consultant, usually without seeing the injured party and based on information supplied by the insurer once it is considered the person has reached “maximum medical improvement” In the past, these assessments have take many years to be made and there has been no provision for interim payments or interest on the benefits. Again, it is hoped that amendments to the AAIA which have been recommended to the government will result in changes in the spring of 2016.

It should be noted however, that anyone who is considered to have been intoxicated at the time they were injured in an accident for which they were at fault, will not be entitled to this benefit.

This benefit is payable to spouse and for dependants as provided by the AAIA. It is based on the deceased employment status and income at the time of death. Again, it is the insurer who will make the initial determination as to what the benefits will be. This decision will be communicated to the family by way of a “Decision Letter” which must be appealed within 90 days if for whatever reason the decision of the insurer is to be questioned.

There is also the ability to “capitalize” these benefits. Again, the advice of counsel would be beneficial in making this decision.

Where IRB’s have been payable for a period of two years, the insurer is also responsible for the payment of Pension Benefits to injured parties.

A person injured in an auto accident may suffer injuries that are considered “severe and prolonged” which would entitle the person to Canada Pension Plan Disability Benefits. Many of our clients have initiated such applications themselves as the claim is usually not complicated and doesn’t require the services of a lawyer.

Economic loss is considered to be those situations when the claim of the insured exceeds the benefits payable by the provisions of the AAIA. The simplest example is when an insured earns more that the amount of coverage provided for by the Act. Such a person would be able to sue the “at fault” party for any deficiency payable as the maximum insurable coverage under the AAIA. Furthermore, the Saskatchewan Court of Appeal in Acton v. R.M. of Britannia #52 (leave to the Supreme Court of Canada was dismissed) has said that Section 103 allows for such suits in respect of all benefits under the Act. (However, anticipated amendments to the Act may limit claims for additional rehabilitation benefits).

The procedure is for the injured party to commence an action for economic loss within two years of the collision. You are advised to seek the advice of qualified counsel to bring such an action. This is not an appeal of an SGI “decision”, this is a specific claim for compensation which normally brought in the Court of Queen’s Bench.

These claims can be significant. In the event that the “at fault” driver doesn’t have sufficient coverage, consideration can be given to claiming against the injured party’s own package policy under the “family protection” provisions.

Although Part VIII of the Act eliminates suits for “pain and suffering” and “loss of enjoyment of life”, certain factual situation give rise to a claim for “non-economic” loss which is considered to the same form of compensation.

The factual considerations referred to are where the “at fault” driver was convicted of an alcohol or drug related offence under the Criminal Code. Our Legislature has seen fit to maintain actions against such at fault drivers as a deterrent to “impaired driving”. However, there must be a conviction for the injured party to have the right to sue for non economic loss is these situations. There is a two year time limit from the date of the conviction – not the date of the accident.

Again, you should consult counsel to determine your rights to bring such a claim. 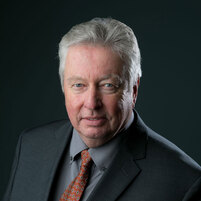 Ken Noble focuses on insurance law, particularly in the Province of Saskatchewan. His practice is concentrated on more serious cases such as catastrophic injury, paraplegia, quadriplegia, fatalities, TMJ cases and economic loss cases. Ken will also act on behalf of parties injured by impaired drivers to recover compensation for non-economic loss. In recent years, Ken has been brought many cases against insurers for failure to act in good faith.

Ken founded the Noble Law Office in 1980 after being a partner in a downtown Regina law firm Koch, Bertram, Scrivens, Noble and Prior.

And in 1984, he began practicing exclusively in the personal injury field.

He concurrently founded the Saskatchewan Trial Lawyers Association in 1984 when he began running a number of jury trials for people injured in auto accidents. He was the first President of STLA and it has now grown to one of the largest organizations of lawyers in the province with almost 300 members.

Ken’s practice has taken him to all levels of courts in Canada, from the Automobile Injury Appeal Commission to the Court of Queen’s Bench, the Saskatchewan Court of Appeal and the Supreme Court of Canada.

Ken was appointed a Queen’s Counsel in 2009.

Martindale Hubbell publishes a peer review rating for lawyers on Lawyers.com. Ken’s rating for 2016 was again the in the "Distinguished – Peer Rated for High Professional Achievement" category with a "High Ethical Standing". His client rating was 5.0/5.0.

On May 6, 2016, Ken was given the Saskatchewan Trial Lawyers "Most Outstanding Lawyer Award"

An advocate of the individual, Ken does not represent insurance companies and in fact most of his litigation is against Saskatchewan Government Insurance.

Founding Partner and currently "Of Counsel"

Eric grew up in Saskatoon, Saskatchewan, where he attended university to obtain degrees in biochemistry, philosophy and law. He articled at a small firm in Regina in 2010 after graduating from law school and joined our office in 2014. He became a partner in 2017.

Eric has successfully represented clients before all levels of court in Saskatchewan and maintains a practice in corporate commercial and general civil litigation, as well as personal injury and WCB claims. In recent years, Eric has established a practice in all areas of blockchain and cryptocurrency law, an area in which he has extensive knowledge and experience.